Benjamin seems far more settled now.  We tried the pain relief for the episodes of what appeared to be pain related, however the episodes continued and it is clear now it is an issue he has with feet that surprise him.  If a foot appears and he was not expecting it, he goes into defense position, growls, hisses and tries to bite the foot (or slipper or shoe).  It is heartbreaking to think that his injuries could have been caused by a foot rather than an RTA, or even a combination of both – an RTA followed by a foot out of the way?  I do not know, but what I do know is this is something we will work through so Benjamin does not have to be afraid of feet anymore.

I have the outdoor enclosure in boxes outside waiting to be built for Benjamin so he can spend some time outdoors – as soon as I have it built, I will add photos and some more info.

With Benjamin no longer being ‘top dog’ (cat of course!) Nicolas has stepped in and his now terrorising Bianca who has taken to weeing indoors, but not in the litter tray – anywhere else.  This morning was the washing basket – I was just too late so she weed on my foot too!  They are not used to Benjamin (the big fella) being so chilled and non dynamic, and Nicolas and Benjamin were like a mischievous tag team, so Nicolas is having to get his action elsewhere now by tormenting girls.  I am hoping that as time goes by, Benjamin will become more like his old self and Nicolas will have his best mate back.

In a house of 5 cats and a dog who thinks she is a cat, Benjamin needs to re-establish his standing – never through aggression or intimidation – just by being the big gentle giant that he was before Friday 13th 2021. – and everybody loved him.

Benjamin has been restricted to the bedroom since his surgery and has managed to move around well enough with his ‘pet stairs’ from Aldi (which I filled with books to make them stable enough) and his (often stinky) litter tray (never miss having a litter tray in the house!)

On the possible further surgery day, the vets assessed Benjamin and decided he was moving about quite well and may not need the full head ostectomy after all which would be great!  So we came home to trial Benjamin being allowed outside of the bedroom (but not outdoors outside) and although Benjamin was desperate to get out of those 4 walls, it was not so kind on his hip.  He can now move very fast (so we called him ninja!) but only for short bursts after which he lays down and growls and hisses at himself – I then pick him up and put him back in the bedroom and he settles for a sleep.

As I was concerned he was in pain, I took him back to see the vet and we have started him on pain relief for a few days to see how he fairs.  It may be that the pain is more of a discomfort which will pass as he gets more used to moving around in a larger area, or it may be that the ostectomy will have to go ahead for his on and off (or more accurately in and out) hip dislocation.

That is where we are now – a few days of PR and then re-assess.  Benjamin is so desperate to go outdoors, and his hiding at doorways in the hope of making an escape.  I have taken him outside, closely supervised, for ten minutes and he just sat and washed himself and sunbathed for a bit before I brought him back inside.

We will see what the following days bring, hopefully some good news for the giant grey fella who just wants to go back to his old midnight stomping ground, but sadly I don’t think he ever will have such freedom again.

Benjamin is healing really well from his amputation – since he had his stitches out he has stopped worrying it, and the area is almost healed and the fur is growing back.

However, he is still restricted to my bedroom only as his hip does keep popping out of socket so it looks like the femoral head ostectomy will go ahead.

He is booked for x-ray on 28th and they will decide then if they will go ahead with the surgery or if he can manage without.  Given that when he does try to move too fast or too far, it pops out, I don’t think we will get away with avoiding this surgery.

I have purchased him a quite huge outdoor run thing for when he is fully healed from all his surgeries, so he can at least be outside during the day, but also be safe, as the vet did say he will not be able to be an outdoor cat any more – very sad but he is definitely happy getting lots and lots of cuddles instead of prowling the streets all night!

So I found it difficult to navigate all this on my phone, hence now on the laptop so should be better!

Thank you for letting me create this blog about Benjamin (aka Benjamina Philomena Chunkachena Chocowena), my handsome ex-feral who came to live with us at around 6 weeks as a dirty, scruffy little bundle of grey that grown men were terrified of.

Benjamin lives here with my son and I, with Chelsea the outdoor tortie, Aoife the fatty long haired sun worshipper, Bianca the crazy black with white socks and Nicolas a pure white bundle of terror.  Also our dog Phoebe and two hens with an overload of personality.

Benjamin ALWAYS stays out all night and without fail comes home around 7am every morning – EVERY morning.  So when he did not come home on Friday 13th August I was a little concerned but gave him a bit of leeway.  When he had not come home by Friday night,  was very much concerned.

By Sunday we were seriously worried and so put signs up at the two local shops and also at the bottom of the drive – I am a bit paranoid about leaving my phone number out in public so I just put the address.  This is what we think happened – on Thursday night or Friday morning someone hit Benjamin with their car, left him where he landed and drove off.  When they saw our sign, they discovered Benjamin was still in the land of the living and so brought him to the bottom of our drive and put him under the hedge.  At 9am Monday he was not there.  At 1pm Monday he was.  He COULD NOT walk.  We went straight to the vet who discovered he had a badly fractured and severely infected front leg and his hip was dislocating as and when it felt like it.  Benjamin had other injuries conducive with a RTA.

Benjamin is a big, strong, muscular gentle giant – I am pretty sure his exceptional physique is what kept him alive over the weekend.

The infection in his front leg was so severe that they had no choice but to do a full amputation from the shoulder down.  That was done on Tuesday 17th August.

Once he has recovered from the amputation surgery, he will have to go back in for hip surgery – femoral head ostectomy.  Mr stay out all night Benjamina will become an indoor cat – I have already ordered him an outdoor pen so that when he is feeling up to it, he can spend some time outside safely.

My poor little fella – he is so brave and I am so lucky he is still with us. 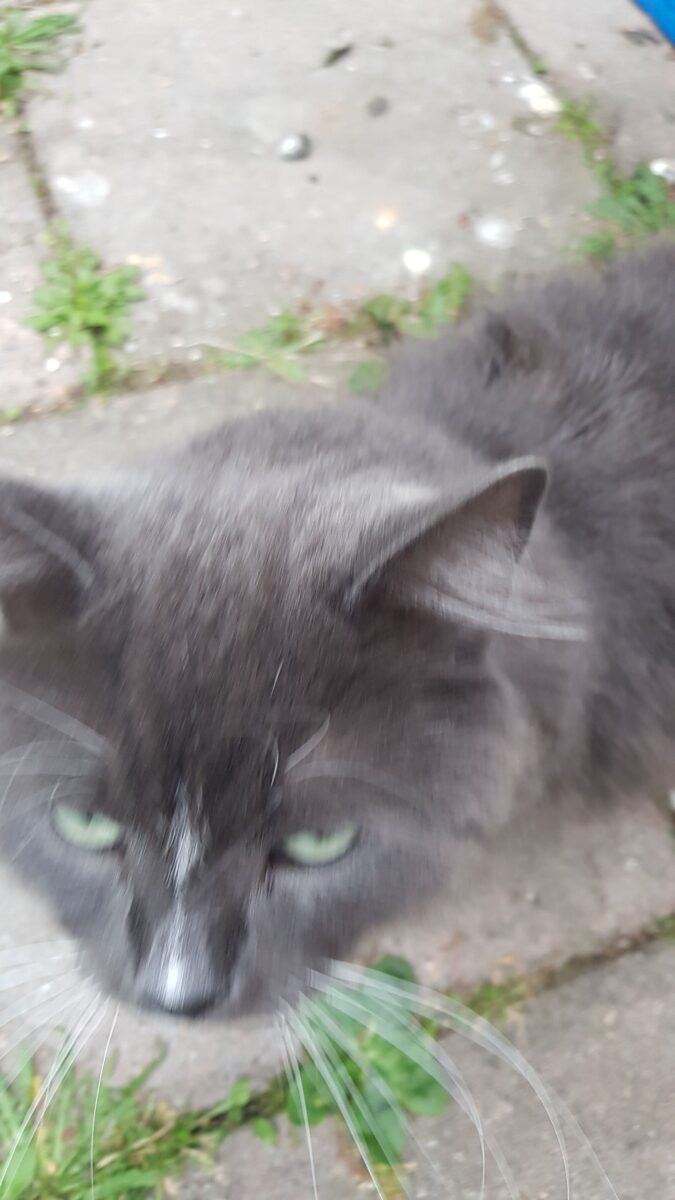 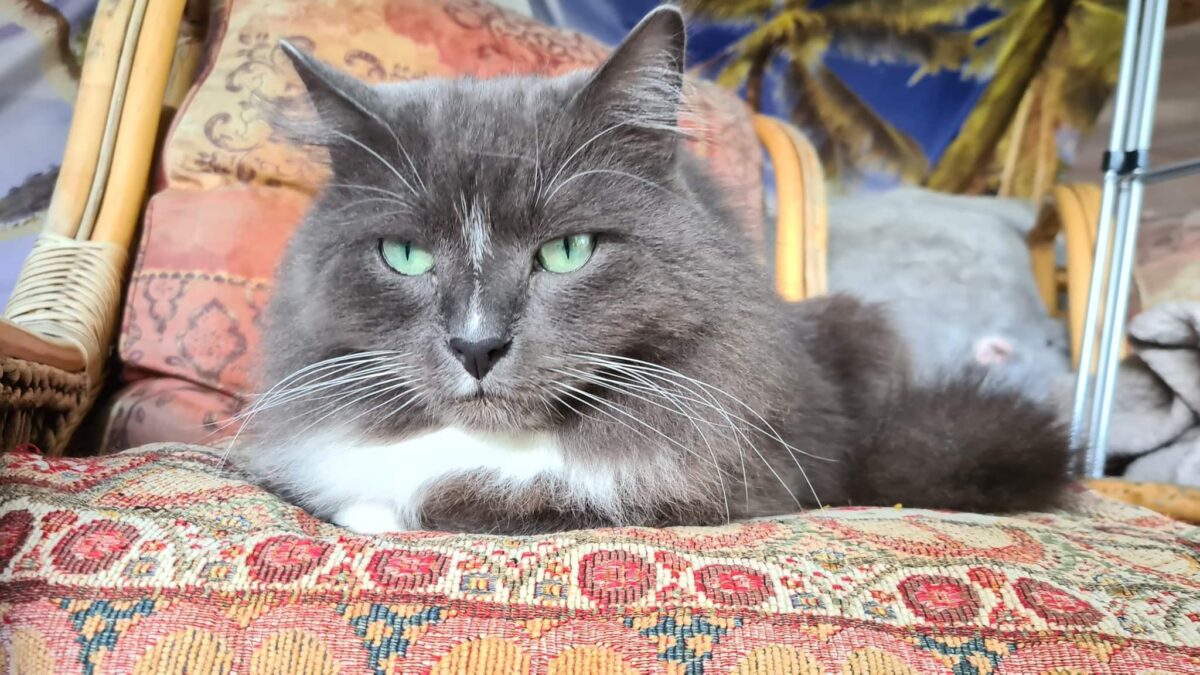 from missing to found to 3 legs 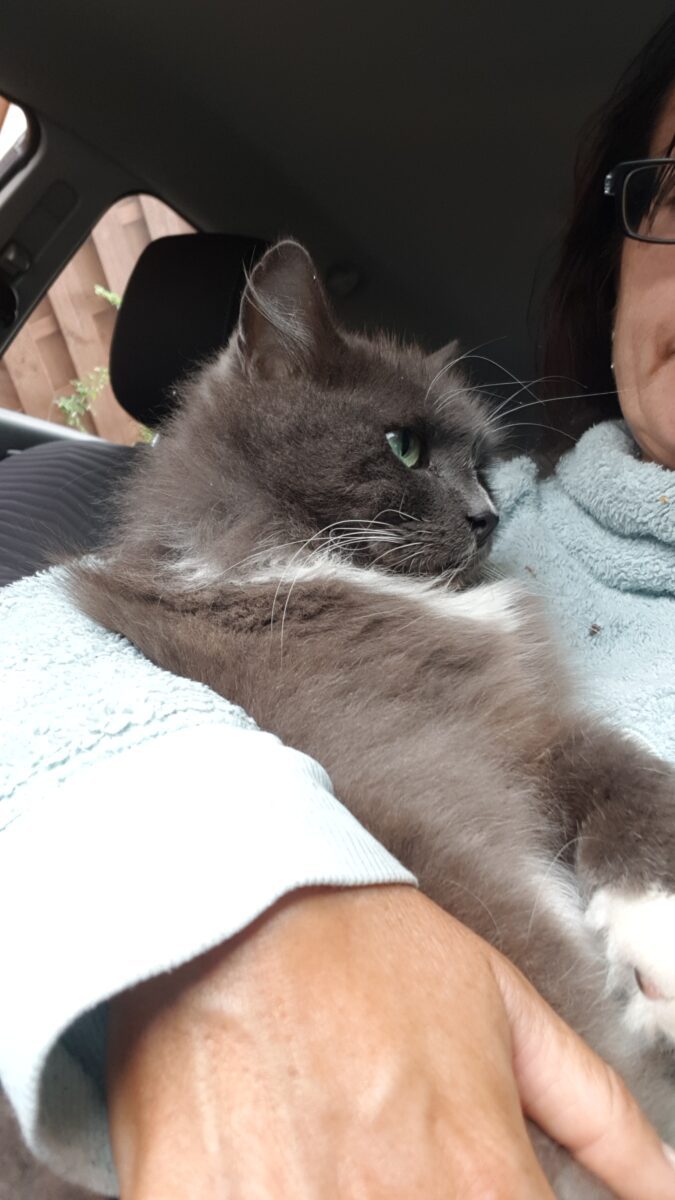 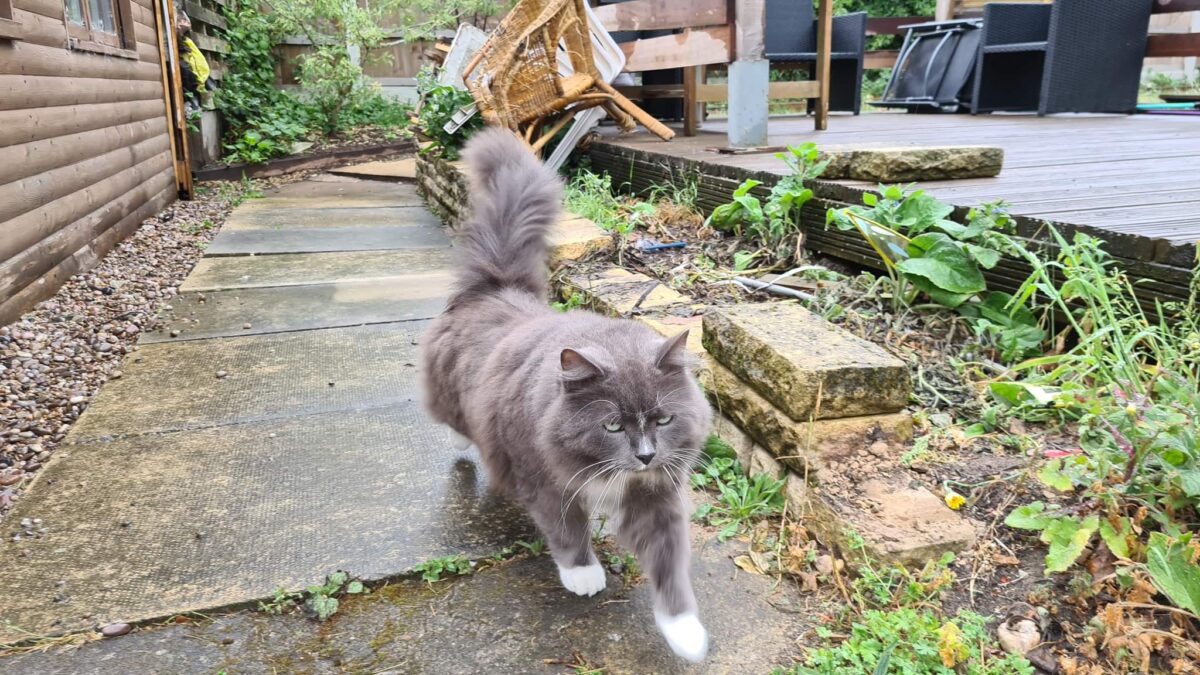 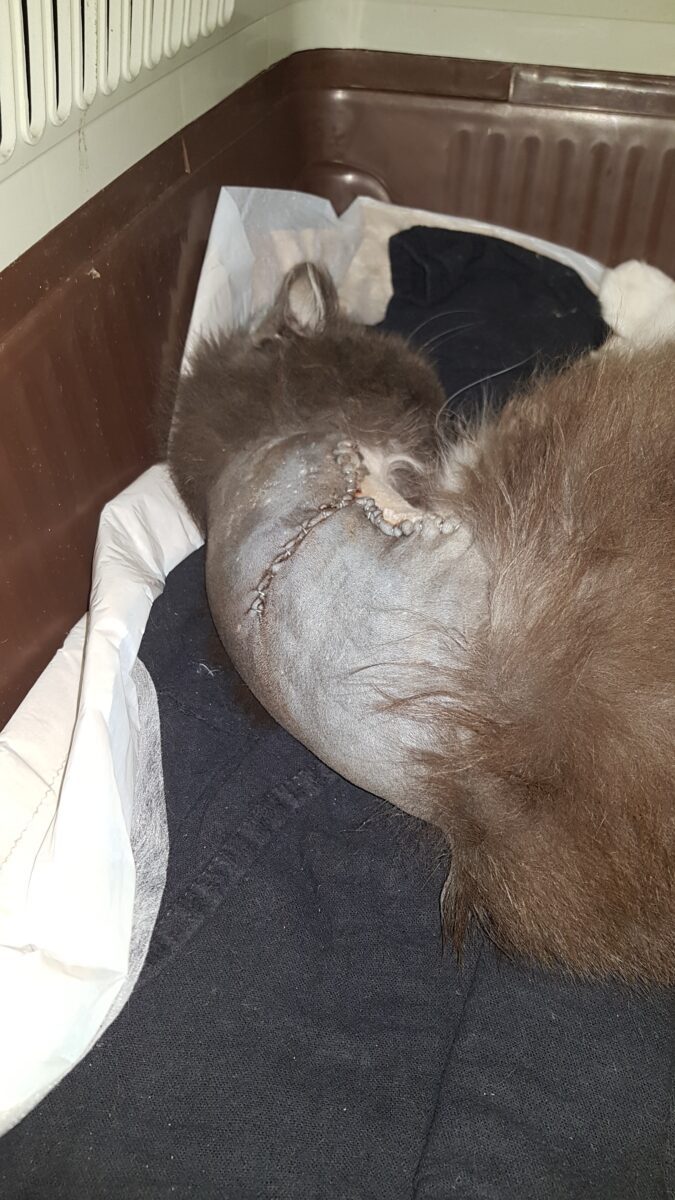