I miss my big fella so much.  The first two days were a complete mess, but Saturday and Sunday were so busy that I had a lot to distract me from my thoughts, until a friend said on Sunday night ‘Im so sorry to hear about Benjamin’ and that was that – back to square one.

I keep checking all his favourite places to give him a cuddle, and of course he isnt there.  I keep mistaking Aoife for him and then realising it isnt him.  Aoife has even started sleeping next to my pillow, just where Benjamin used to sleep, every single night.

I feel such crushing guilt at what I had to do  –  I dont think I will ever forget the moment.  He was there, then he was not.  His body is being collected today by the pet crematorium people and will be returned to me on Thursday.  I expect that will be hard too.

Benjamin is gravely ill. He probably had a kidney issue developing prior to the amputation, but with his feral diet and being so strong and active, it was a slow burner. The vet said he is midway between acute and chronic kidney disease which suggests some trauma historically could have started it or it could have been developing over time without a trigger.

After several nights on IV fluids in the hospital, and trying medications to help, it is clear Benjamin is not going to recover and he is worsening every day.

Today he could barely use his litter box,  collapsed in it, and is now asleep in his bed un-groomed and exhausted.

We have an appointment at 3pm to see the vet and it is clear that the absolute best thing for Benjamin is to be at peace.

He hates being incapable, he hates being unclean. He is sleeping, not eating, barely able to walk a few steps, and he is definitely not happy in any sense of the word.

Even stroking or cuddling him causes him distress and discomfort.

This is the hardest thing I have ever had to do, because I value life above all else, but I know in my heart that keeping Benjamin like this another day is cruel.

I love him so much. Only 6 years old.

I got an extra 4 months with him though- the incident that led to his amputation could have killed him but I got to have my baby for 4 loving and cuddly months.

I love you my baby boy 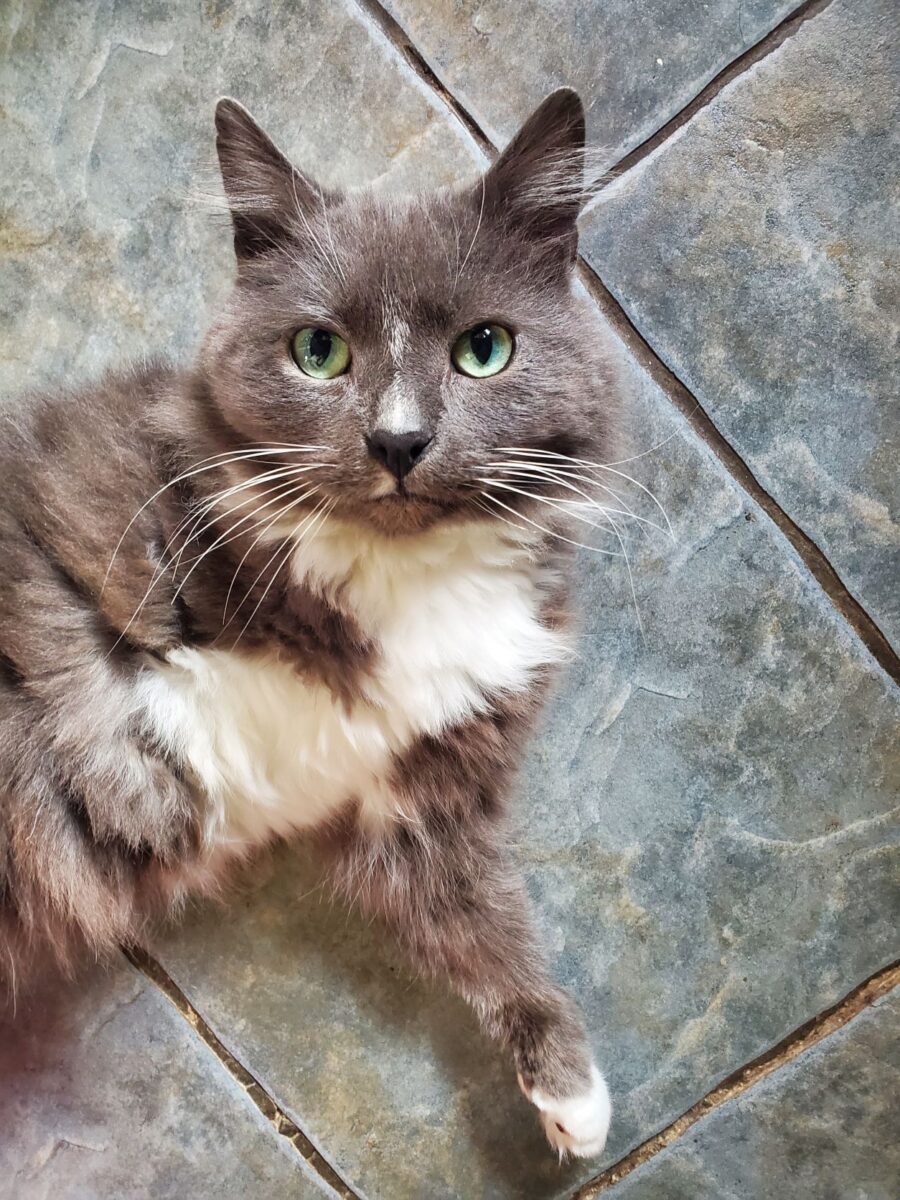 Since the weekend, Benjamin has been subdued, very sleepy, barely eating.  I have tried him with lots of different foods to try and tantalise his tastebuds but after a brief sniff and lick, he would walk off and leave it.  I resorted to a mouse (the kind bred and humanely killed to feed reptiles and birds of prey) as he is an ex feral and prior to his amputation, he pretty much lived off what he caught and it showed in his incredible physique and condition.

Again, he sniffed it and walked away so off to the vets we went and they have kept him in.  He is dehydrated, is very cold, and clearly unwell by his listless demeanour.  The vet is putting him on a heat mat, on IV fluids, and taking bloods to see if they can discover what is wrong with my not so chunka anymore.

It was the hardest thing ever, walking away from him, I kept giving him one more kiss and one more stroke, and I kept telling him to be good.

I await a phone call to let me know how he is doing.  I am so sad.